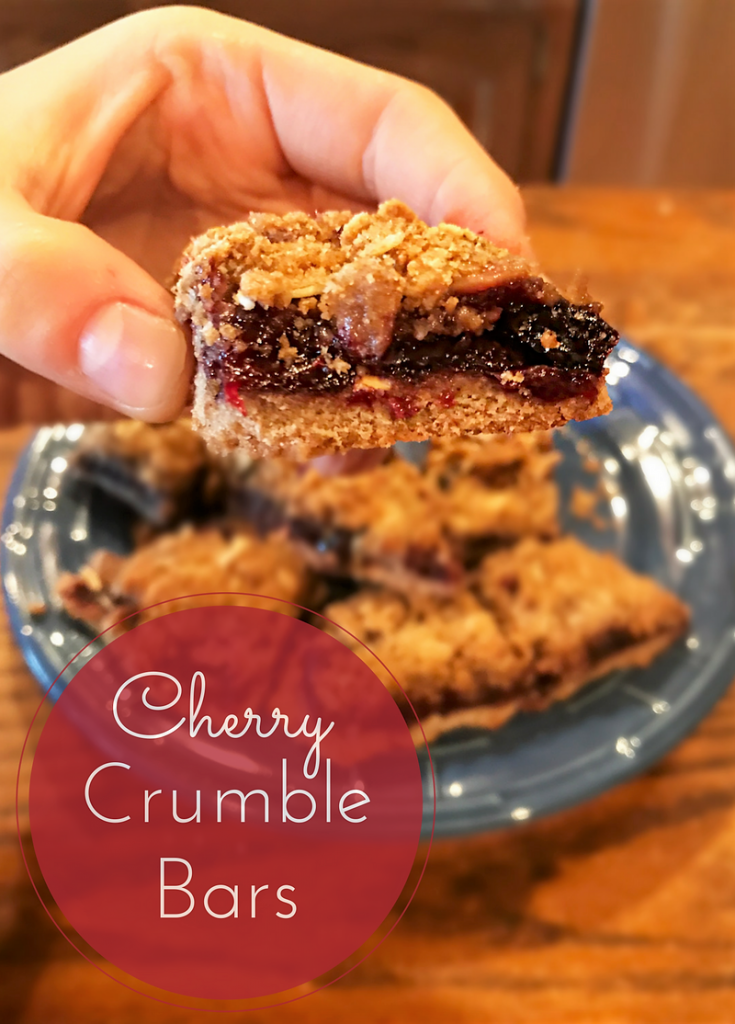 a small, round stone fruit that is typically bright or dark red that will stain your hands and clothes when you pit them 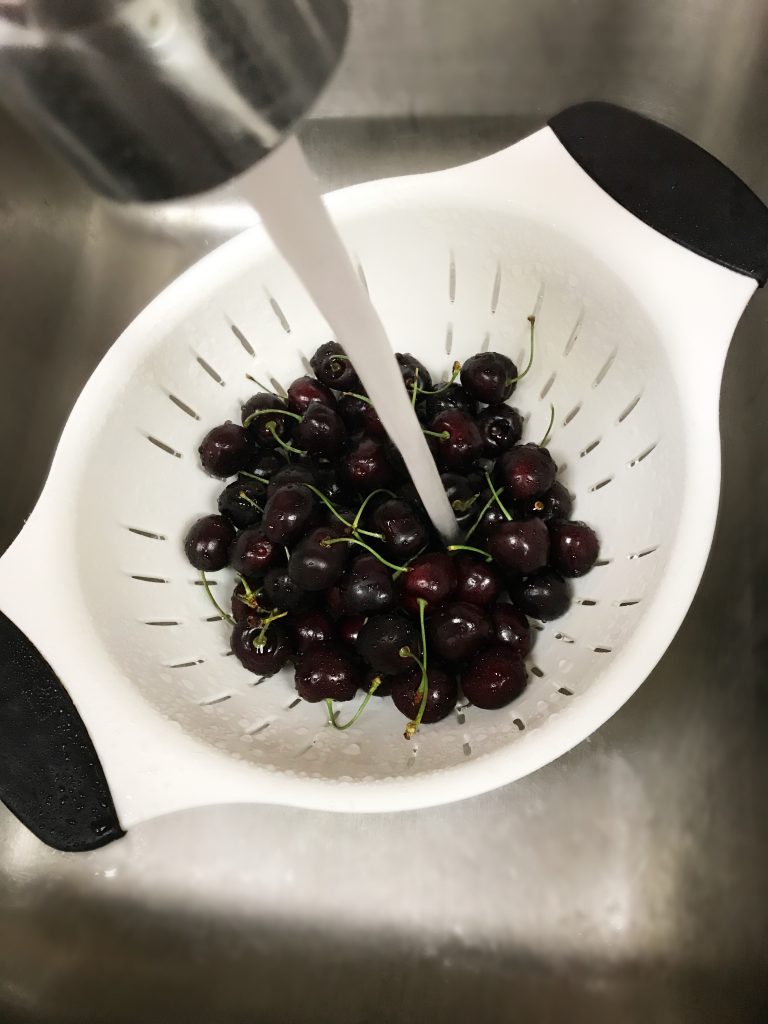 Those cherries look delicious don’t they? I started on the crust to this recipe and it was pain free, simple, took no time at all, you get the picture. Then, I started on the filling… I have never pitted 3 cups of cherries before, so that was an experience. I started out using my bare hands and quickly switched to gloves after noticing they were staining my hands. Once I was in gloves, I noticed the juice of the cherries were staining my clothes and everything around me. I’m a total amateur cherry pitter. The crust was done baking and I was still pitting away, I should have spent the couple dollars on a cherry pitter…lesson learned. After about 20 minutes the filling was done and I layered on the crust. Then, I whipped up the topping, which was super simple, and layered that on top of the Northwest cherries. It went in the oven for 50 minutes and the hard part was over!

I hope I haven’t scared you away from making this recipe. The bars turned out delicious and everyone enjoyed them! Northwest Cherries are packed full of nutrients and uniquely naturally contain melatonin, which helps you sleep and we could all use a little more of that! In the end, the labor of love was worth it but a cherry pitter is now on my grocery list.