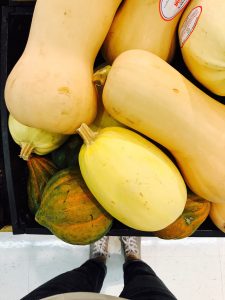 ‘Tis the season! No…not that season. Autumn! And with it..yes, yes there is ‘pumpkin spice’ but also…drum roll…squash! Missouri-grown squash is popping up in all our stores and although I typically only think of decor for these beautiful fruits- they are for the cooking! Who knew? This was the first time I’ve ever purchased an acorn squash to actually eat! In all my 33 years, I can’t believe what I was missing! Try out this recipe if you are looking for the perfect autumn recipe and looking to try something new! 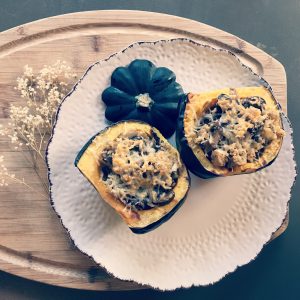 As far as nutrition goes, acorn squash contains significant levels of vitamin a and c and an impressive list of minerals to boot. Sometimes squash gets a bad reputation because it’s starchy, but 1 cup cubed has only 15 grams of carbohydrate. The nutritional benefit outweighs the starch content- and some of those carbs are from fiber. Hope you guys try this one and think beyond decor for these lovelies!